What lies behind unconventional fossil fuels and fracking

Production and consumption patterns of the North lead to an overall overconsumption of resources, such as oil, minerals, water or even wood. Access to natural and energy resources at a lower cost seems to have become a leading priority for both states and multinational companies, who want to meet this growing demand. This price comes at the cost of violations of the rights of communities and ever more serious environmental damage. 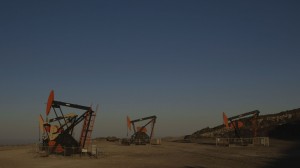 While conventional oil and gas production is declining, little is done to break our relliance on fossil fuels. Thus in the absence of policies that promote energy efficiency and the use of cleaner and non-fossil fuels, investments in “unconventional”, yet more polluting  sources of hydrocarbons – heavy oil, tar sands,  shale oil and shale gas – are increasing.

In this context, the myth of a “cheap and abundant ” energy coming from shale oil and shale gas pushed oil companies to lead a race over the exploitation of these deposits worldwide, in spite of heavy social, environmental and climate impacts. In France, citizen mobilization against these projects led in 2011 to a bill prohibiting the use of fracking. One of the consequence was the revocation of several concession, including Total’s “Montélimar” permit. Since then, French companies, such as Total and Perenco, increased significantly their investments in these unconventional hydrocarbons abroad . 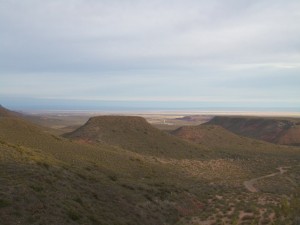 Third country in the world in terms of potentially exploitable reserves of unconventional hydrocarbons, Argentina has become the ultimate destination for oil companies. Following the discovery of large shale gas and shale oil reserves at the end of 2010, the Argentinian government has partially re-nationalized the oil company YPF, and opened the doors in parallel to global industry giants such as Total, Chevron , Shell, etc. Both  national and provincial governments supported the development of these hydrocarbons, which they see as a new source of oil rent. A national decree was released ​​in July 2013, along with a special program which was launched by the national government to encourage investment in the sector, granting concessions for a period of 35 years, as well as a number of tax exemptionss, export subsidies and price guarantees to foreign companies. Specific agreements were signed with some companies, including Chevron and Total in 2013. 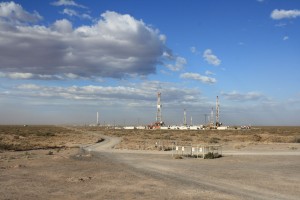 In recent years, the mobilization of civil society has been growing, with intimidation and repression as the only answer. People were not consulted at any point, not even the Mapuche indigenous communities on the land of which several projects take place. Many of these communities have already been suffering from the social and environmental impacts stemming from decades of conventional exploitation of oil. They are therefore more than ever mobilized to face this expansion into new territories until then considered as protected areas, an expansion that comes with more and more invasive and destructive techniques. The ” Multisectorial against fracking ” Coalition was created, bringing together affected communities, social organizations and trade unions. In addition, thirty local governments in five different provinces have passed municipal orders prohibiting the use of hydraulic fracking.